Sign up now to see more of our contents!

You're currently browsing as a visitor, some web features and sub-forums are currently disabled for your role.

If you're a registered member, please sign in. Otherwise, please take some time to sign up on our site!

Please familiarise yourself with our community rules. You can find some useful links in the buttons below:

Support us via one-time donation or subscribe to our Patreon tiers! 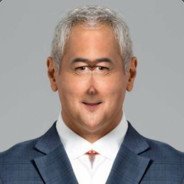 By Wonkanator, December 1, 2019 in Organisation Applications