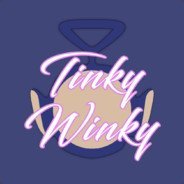 Registration for The Angels

By TinkyWinky, September 18 in Registered